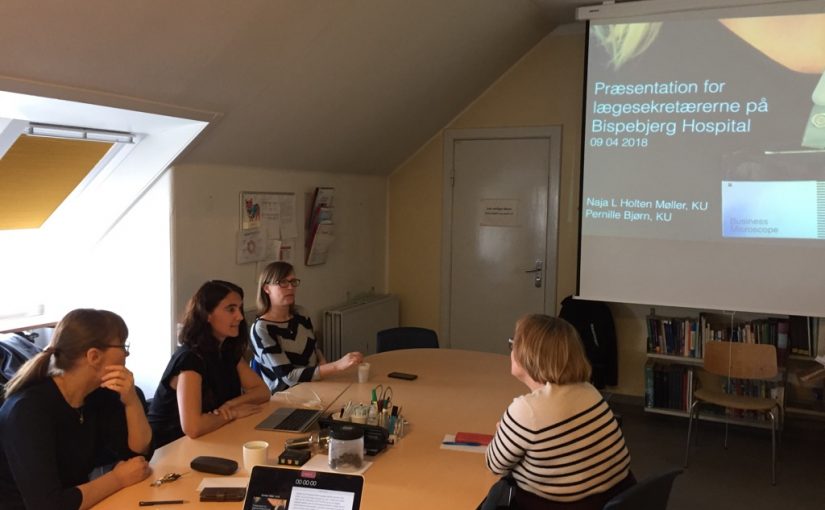 FemTech.dk researchers Naja L. Holten Møller and Pernille Bjørn study the role which new types of sensor data produce in the workplace to find ways to strengthen the agenda on diversity in use –  Assistant professor Naja Holten Møller speaks about this in a new article in Interaction Design.

The workplace has seen the dramatic growth of sensor technology to produce large datasets in and through peoples work. In tracking the movement of personnel within hospitals, it is the clerical work that (again) goes unnoticed in the overall picture. Clerical work is ubiquitous. It is carried out in practically any place where things need to be filed and processed. And, due to its routine and repetitive nature, clerical work is often undervalued and thus underrepresented.

While data tracking in the workplace has received increased attention in research as well as industry interested in smart technologies, it is still an open question how exactly we adjust our research methods accordingly to understand the broader implications of sensor-based data production as a larger phenomenon affecting us all. Taking into account the lived experience of clerical workers and ethnographic inquiry combined with data mining formed the cornerstones of the triangulation tool applied in this work. As new hospitals are designed, it is critical that key parts of the workflow are not neglected due to the bias in whose work counts as valuable in data-driven healthcare. Read more about this fascinating and timely piece of work in the July edition of ACM’s IX Interactions magazine.